Home What is a Promise Ring? - Ken & Dana Design

What is a Promise Ring?

Promise rings have had a resurgence in popularity in recent years. But with that comes a fair amount of confusion about what a promise ring is and what it’s intended to signify. With a history dating back to the Romans, the promise ring has had quite a few incarnations, each carrying different meanings. That’s why we’ll be breaking down everything you need to know about promise rings: their meaning, their purpose, what finger it goes on, how they’re exchanged, and so much more.

What’s the History of Promise Rings?

Promise rings have taken on different forms throughout history. Beginning with the Romans, once couples decided to marry, they were required to wait some time before the ceremony. During that period, Romans gave simple rings as a sign of commitment.

In the late Middle Ages, the posy ring emerged. These rings added to the romance of the gesture and affection between lovers. The posy ring was engraved with a short poetic phrase that was often written in Latin or French. Common phrases included “united hearts, death only parts” or “love conquers all things.” The choice of inscription and how it defined the couple spoke to the ring giver’s literary aptitude or education.

A more elaborate type of promise ring – the acrostic ring – emerged during the Georgian era and only increased in popularity up to the Victorian age. These rings were set with gemstones in an order so that the first letter of the name of each gemstone spelled out a special message. For example, placing a ruby, emerald, garnet, amethyst, ruby and diamond together spells out the word “REGARD.” 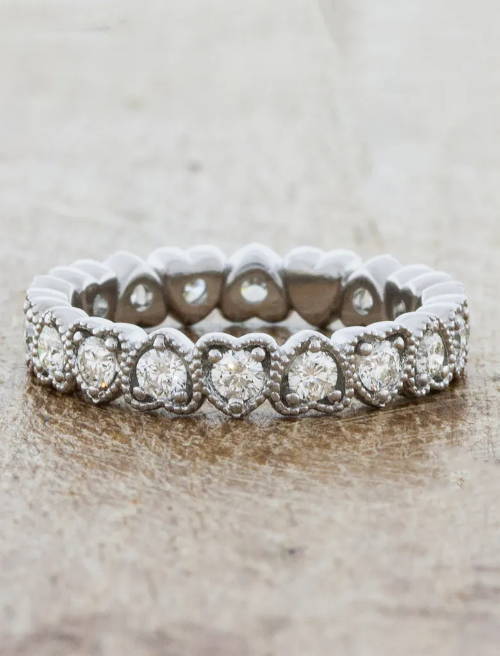 What’s the Meaning of a Promise Ring?

Promise rings symbolize love, and to a greater extent, commitment, fidelity and longevity. The meaning itself may be unique to each couple, but in general, when promise rings are exchanged, it’s a symbol of commitment to an exclusive relationship.

Often, promise rings will serve as placeholder rings when a couple is waiting on marriage or as a promise of a future together when a couple is forced to be apart due to a geographic distance. Promise rings are also a lovely way to proclaim commitment and fidelity for those who are in a devoted partnership but have no intention of marrying.

How is a Promise Ring Worn?

Promise rings can be worn on any finger, but there are some common popular options. The ring finger or middle finger of the left hand or the middle or fourth finger of the right hand are typical choices. If a promise ring is given as a precursor to an engagement ring, you could choose to wear the promise ring on a chain around your neck or move it to your right hand after the engagement or wedding.

Is a Promise Ring an Engagement Ring?

It’s also important to make sure to differentiate the giving of a promise ring from a possible proposal of marriage with an engagement ring. Since proposals can typically involve grand gestures, it may be a good idea to keep things more conversational and casual with a promise ring so there’s no confusion that a proposal could be happening.

How Do You Give Someone a Promise Ring?

The giving or exchanging of a promise ring often happens on special occasions. Think of birthdays, holidays, or particular dating anniversaries. But they can really be given at any moment that feels right and meaningful.

Many promise ring styles harken to the past with simple engravings and the use of gemstones. For a little design inspiration, we’ve pulled together some of our favorites.

Simple bands are always a subtle and lovely way to go for a promise ring. For an added element of meaning and charm, opt for a band that features twisting, or the coming together of separate pieces of band to symbolize the merging of two people. We love this look in our Karli for a smooth, modern appeal and in our Selene with a nature-inspired sculptural look. 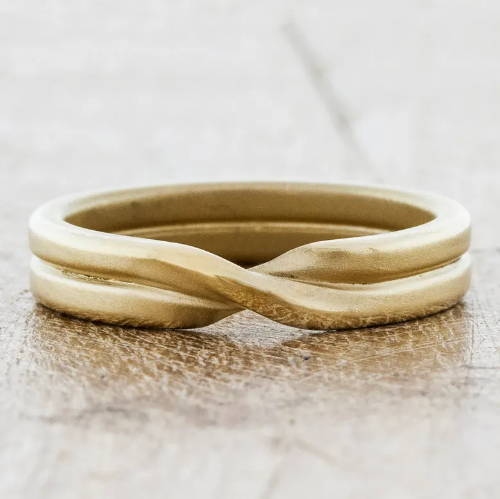 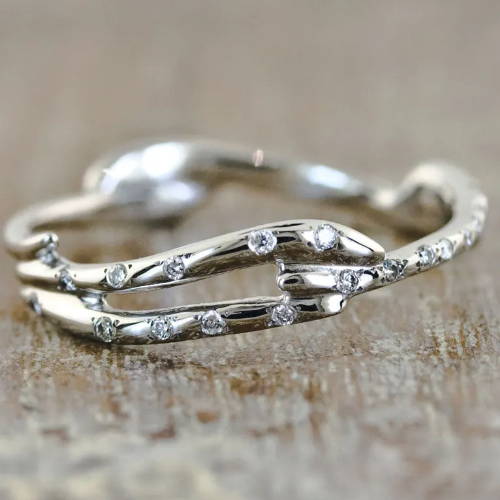 Incorporating gemstones is a fantastic way to add meaning through birthstones or anniversary month stones. Stay away from softer gemstones like opal and pearl as those are easily scratched or harmed. We’ve incorporated gemstones in both our Chloe – designed to be reminiscent of an art-deco tulip – and our Vesabe – a sapphire and diamond cluster ring.

Speaking of cluster rings, this style is a wonderful option for increased sparkle that doesn’t look like a stand in for an engagement ring. Our Sweta is a classic example of a glorious cluster ring featuring dazzling diamonds in varying round sizes. Then for our Kira, a small kite-shaped rough diamond is surrounded by sparkling round diamonds for a sweet impact.

And as you can already see, there’s no reason you can’t incorporate diamonds in a promise ring. Trend towards smaller size stones and feature them as an accent, secondary to the design. For nature lovers, our Adelixa is a v-shaped band with earthy leaf details and a single small diamond. For our Lili, we captured the ultimate personalization of the ring giver’s fingerprint on the inside of the band while small diamonds organically dot the polished metal exterior of the band. 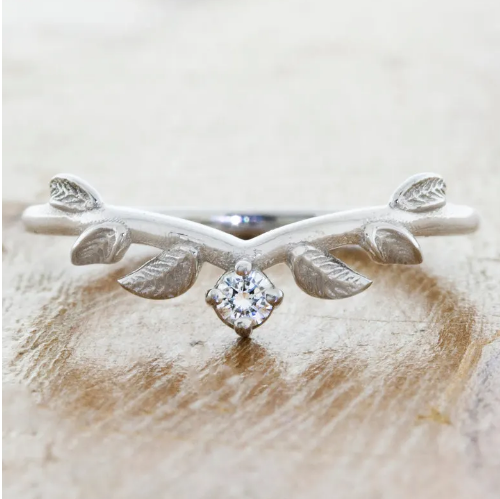 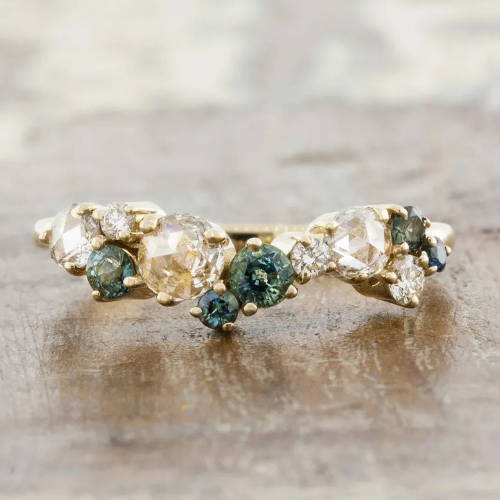 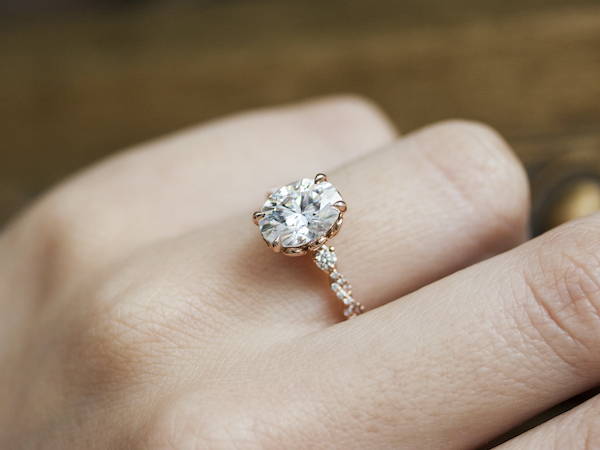 What Hand Does the Engagement Ring Go On? 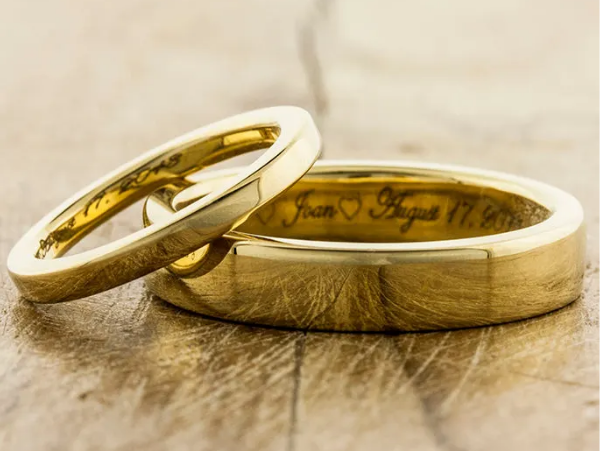 Who Buys the Wedding Rings? 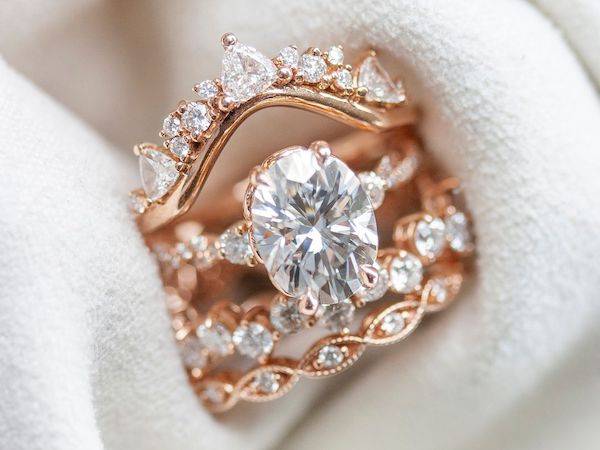 How to Upgrade Your Engagement Ring